Shehbaz Sharif takes a dig at govt over mini-budget 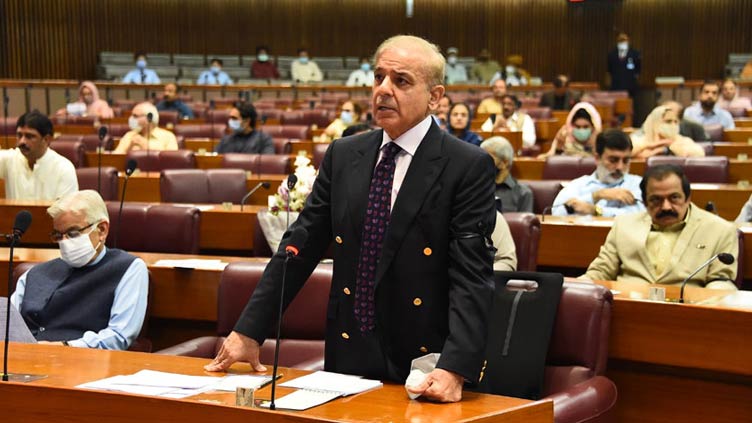 Shehbaz Sharif takes a dig at govt over mini-budget

Speaking in the National Assembly, the PML-N president said that with the budget, our feet will be tied with shackles. “The finance minister had said that Imran Niazi would stand firm in front of the IMF,” he said.

The PML-N president said that the government has introduced mini-budget after seven months and taxes are being increased, adding that one thing that the PTI government has mastered is U-turn.

He said the PTI government is now imposing 350 billion taxes on the people already suffering from inflation.

“Statistics show that imports will be the highest this year,” he said.