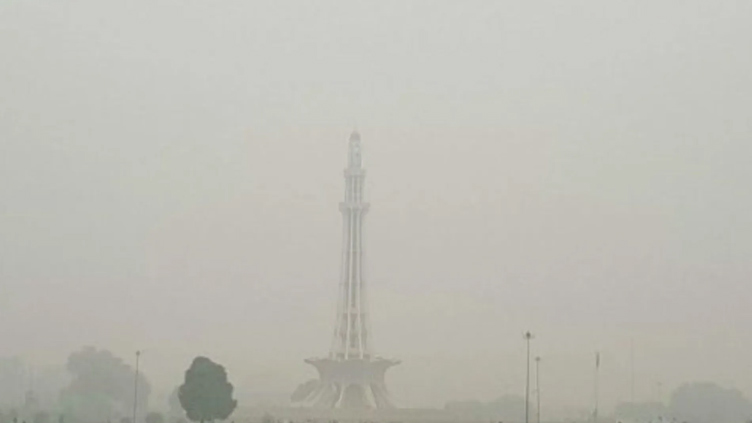 PM2.5 concentration in Lahore air was 62.9 times above the WHO annual air quality guideline

LAHORE (Dunya News) – Provincial capital of Punjab has been declared the most polluted city globally after the city’s Air Quality Index (AQI) went above 360.

The Air Quality Index data was released on Sunday and put Lahore on the list of the most polluted cities in the world while Karachi came in seventh.

On the other hand, PM2.5 concentration in Lahore air is currently 62.9 times above the WHO annual air quality guideline value.

In recent years residents have built their own air purifiers and taken out lawsuits against government officials in desperate bids to clean the air -- but authorities have been slow to act.

What causes air pollution in Lahore?

Air pollution in Lahore is caused by a combination of vehicle and industrial emissions, smoke from brick kilns, the burning of crop residue and general waste, and dust from construction sites. Other factors of air pollution include large scale losses of trees to build new roads and buildings.

Winter air pollution is worse due to temperature inversion, which results in a layer of warm air that is prevented from rising trapping air pollutants.