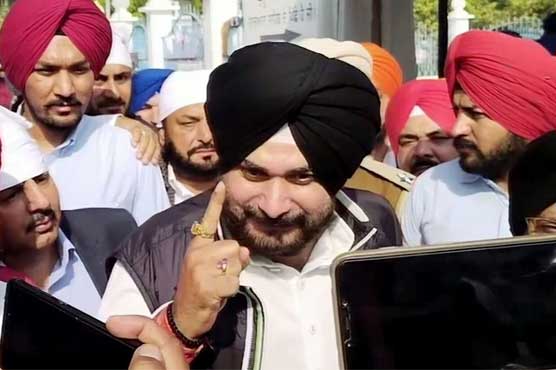 Sidhu said trade should be opened to bridge the gaps between the nuclear arch-rivals.

Pakistan had issued visas to 3,000 Indian Sikhs. Navjot Singh Sadhu and other dignitaries reached Kartarpur via Kartarpur to attend the ceremonies and perform religious rites.

Sidhu also sat down to eat with other Sikh pilgrims at Langar Khana and expressed happiness over the arrangements made by the Pakistan government.

Talking to media on Saturday he said that trade should be opened to bridge the gaps between the nuclear arch-rivals.

“Just as Prime Minister Imran Khan has shown wise thinking, so too will the call for virtual tourism be heard because virtual tourism can change the destiny of our countries,” Sidhu said.

He also stressed on "opening of a new friendship chapter" and trade between the two countries.

“I am thankful to PM (Imran Khan) for taking the first step and on the other side (India) responded with two steps. I had already said that those favouring the  laanga  (corridor) would have blessings and those opposing it had no value,” he said.