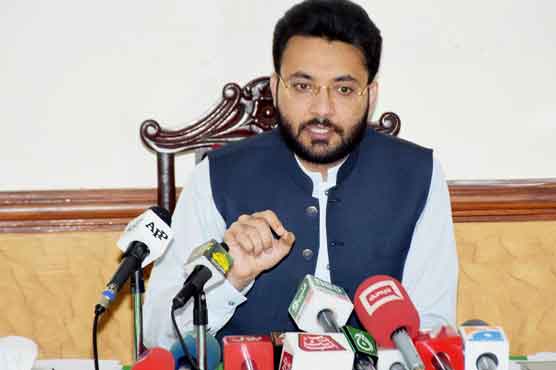 FAISALABAD (Dunya News) – (Dunya News) – State Minister for Information and Broadcasting Farrukh Habib has said that the prices of ghee have gone up globally, vowing that the government will reduce the price of ghee by Rs40 to 50.

Addressing the PTI Workers Convention in Faisalabad, the minister said that Corona is causing global inflation, however, flour, sugar, pulses and ghee will be directly subsidized to the poor. “Young PTI workers are our assets. When our party took over the government, the treasury was empty. The previous government destroyed all the institutions,” he added.

He said that former premier Nawaz Sharif and former president Zardari should be asked why they did not cultivate on vacant lands. “Pakistan is an agricultural country but we eat pulses after importing 70 per cent quantity. Today, olives are being grown for the first time in Pakistan. No major dam has been built in Pakistan after Tarbela Dam. Nawaz Sharif and Asif Zardari are ‘national criminals’ because they did not build any big dam,” he mentioned.

Farrukh Habib said that today they are shedding crocodile tears over being expensive electricity and gas, adding that Nawaz Sharif and Zardari should tell about the reason for keeping Pakistan as barren. “When India was building a dam, they were making wealth abroad through fake accounts. Imran Khan is building a dam in the country and bringing in 10,000 MW of cheap electricity system,” he added.

He said that Shehbaz Sharif and Suleman Shahbaz are claiming about their acquittal without shame, adding that they were blindfolded with corruption and commission. “Shehbaz Sharif signed the most expensive power deal. He earned money in energy projects and now asking answer form Imran Khan. Now, Imran Khan will take answer from them after putting them in jails,” he said.

The minister said that Maryam and ‘parchi chairman’ demanded the prime minister a lockdown. “The world economy collapsed due to the lockdown. The premier cared about daily wagers instead of a lockdown,” he added.