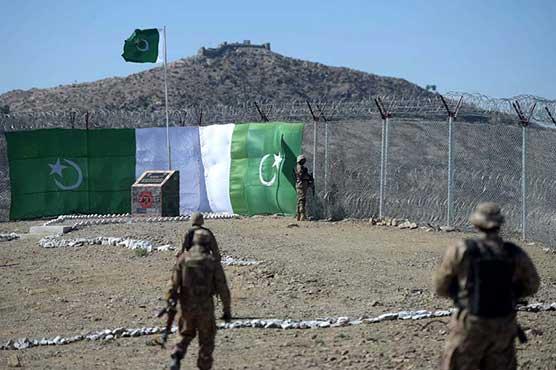 ISLAMABAD (APP) – The security forces have successfully overcome the menace of terrorism through execution of Operation Radd-ul-Fasaad and arduous task of fencing the porous western border with Afghanistan in the most difficult terrain.

The positive completion of intensive countrywide operation against terrorism; Radd-ul-Fasaad marked the restoration of peace and stability in the country, said Three Years Performance Report of the Ministry of Defence launched by the Prime Minister on Thursday.

Radd-ul-Fasaad also helped Pakistan establish complete control over tribal areas by eliminating foreign militant havens and led to the mainstreaming of the erstwhile Federally Administered Tribal Areas (FATA) by merging it with Khyber Pakhtunkhwa Province and paving the way for FATA reforms, it said.

Pakistan Army in order to consolidate the gains made in Operation Radd-ul-Fasaad, border security management fencing along western borders was undertaken to prevent unwanted incursions and militant threats from outside Pakistan.

The Army undertook the task of sealing the porous 2,073 kilometers (kms) of 2,354 kms Afghanistan border with fences.

Moreover, for further fortification of the international border, 843 security forts were to be constructed along the border out of which 567 have been completed and 112 were under construction.

On the other front of the western Pak-Iran Border, fencing along 624 kms out of the 909 kms border was completed.

Pakistan response led to re-establishment of Pakistan’s conventional deterrence and reinforcement of strategic stability in the region.

The National Command and Operation Centre (NCOC) was established to formulate a coherent response against the novel coronavirus, which was a fine blend of civil government (lead role) duly enabled through military staff to form nucleus for implementation and coordination of strategy of the government.

“Timely activation of this collaboration on one platform paid rich dividends in effective management of pandemic. Through a unified national response, NCOC has synergized the anti-COVID efforts between federating units,” the Report said.