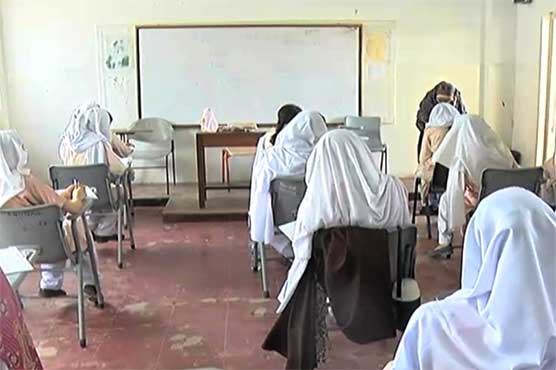 The question paper of Physics was also leaked on Monday.

NAWABSHAH (Dunya News) - As the Secondary School Certificate (SSC) Annual Examination 2021 (matriculation exams) are underway, the question paper of Mathematics was leaked even before the exam started.

According to details, the question paper was being widely shared on social media, exposing the lapses in the Board of Intermediate & Secondary Education Shaheed Benazirabad’s administration and vigilance teams formed to take care of the issue.

Meanwhile a solved paper of Mathematics was also being shared on WhatsApp groups in Larkana.

Earlier on Monday, the question paper of Physics was also leaked and was shared on social media minutes after it started at 9:30am.

It merits mention that matriculation exams 2021 of only elective subjects started across the Sindh including the provincial capital on Monday.