ISLAMABAD (Dunya News) – Following the reservations from the opposition, Prime Minister Imran Khan had decided not to attend the meeting the in-camera meeting of the Parliamentary Committee on National Security held in the National Assembly yesterday in the interest of national interest.

Sources said that opposition had raised reservations over Imran Khan s participation in the meeting. He was always willing to attend meeting of Parliamentary Committee and the only reason of his not coming to meeting was reservations conveyed to Assembly Secretariat by some opposition leaders.

“The opposition had informed National Assembly Speaker Asad Qaiser that they would walk out of the meeting if PM attended the meeting,” sources added.

Later, A spokesman of the National Assembly Secretariat said that Prime Minister Imran Khan did not attend the Thursday’s meeting of Parliamentary Committee on National Security following the reservations by “some opposition leaders.”

The spokesman dubbed the media report regarding non participation of Prime Minister of Pakistan in meeting of the Parliamentary Committee on National Security held in July 1, 2021 as factually incorrect. 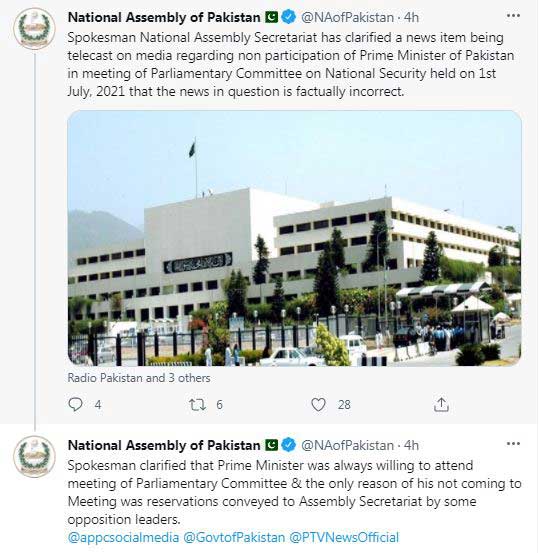 “Prime Minister was always willing to attend the meeting of the Parliamentary Committee and the only reason of his not coming to Meeting was reservations conveyed to Assembly Secretariat by some opposition leaders,” the spokesman clarified.

In the first session, the legislators were told that Pakistan had played a very sincere, positive and responsible role in Afghan peace process.

Pakistan’s concerted efforts had not only paved the way for dialogue between the confronting Afghan groups but also facilitated the meaningful negotiations between the United States and Taliban.

Pakistan firmly believed that peace and stability in Afghanistan would lead towards lasting peace in South Asia.

The meeting was informed that Pakistan would welcome a government which would be a real representative of Afghan people at all levels, and would continue playing its responsible role for Afghan peace.

The meeting was further informed that Pakistan’s land was not being used against Afghanistan and hoped that Afghanistan would also not allow using its soil against Pakistan.

The house was told that around 90 percent Pak-Afghan border had been fenced while an effective system of customs and border control was also being enforced.

The political and parliamentary leadership expressed satisfaction over the briefing and exhibited their desire for peace, development and prosperity in Afghanistan.

The briefing also featured a question and answer session wherein the members also put forwarded their suggestions. The recommendations would be considered as an important part of security policy. 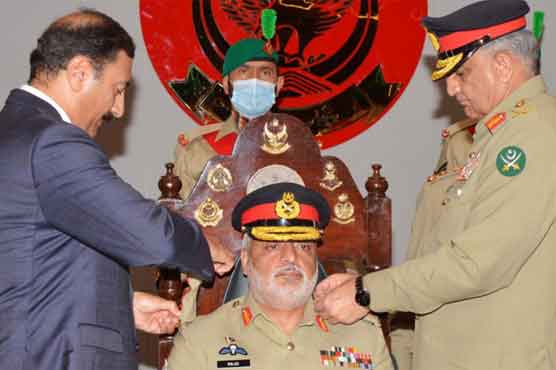 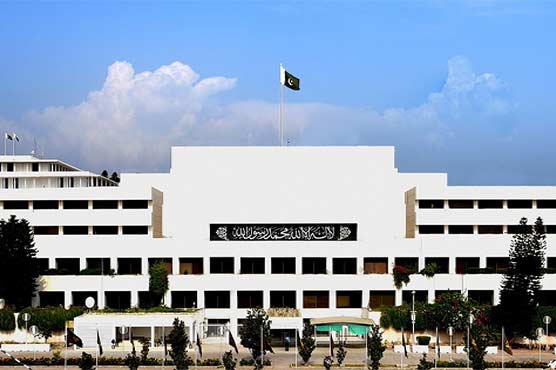 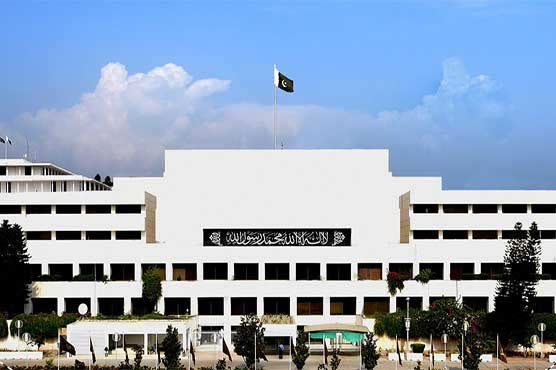 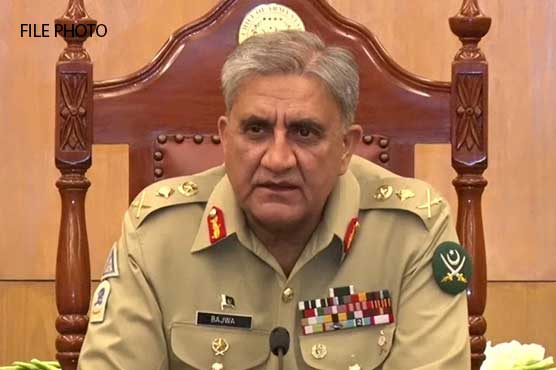