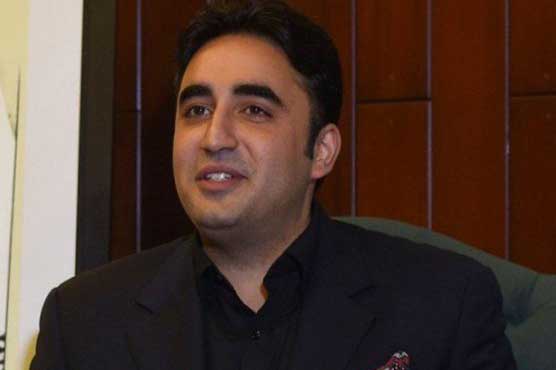 Addressing a press conference in Islamabad on Friday, he lambasted the government over accountability and said that this is not accountability but it is political engineering and political revenge.

Taking a jibe at the federal government, the PPP chairman said the leader of the opposition from Punjab has been granted bail while the opposition leader from Sindh is in jail.

“We are not going to request anyone to topple federal government,” he said and added the PPP will wait for the general elections if the opposition parties do not have the courage to overthrow PTI government.

Earlier today, he demanded Prime Minister Imran Khan to give account of the funds given by international organizations for the prevention of coronavirus pandemic.

Bilawal Bhutto said that Pakistan received $1.25 billion from International Monetary Fund (IMF) while another $1.5 billion were received from the Asian Development Bank (ADB) to fight against coronavirus pandemic. Where were these funds used?

The PPP chairman further demanded PM Imran Khan to tell nation as to where did he spend $200 million received from the World Bank as well as the billions of rupees deposited by Pakistanis in the Prime Minister s Corona Relief Fund.

On Thursday, Bilawal had demanded the PTI government be held accountable for Pakistan’s rising inflation and the diminishing purchasing power of the rupee. This is critical at this point since Prime Minister Imran Khan has spent his entire tenure borrowing money. Where and how this money was utilised is still a mystery.

The PPP chairman went on to say that the ruling government borrows money to pay salaries, but has failed miserably on the economic front! Highlighting the suffering of the masses, he observed that the common man’s income has been steadily declining. On the other hand, the rate of inflation skyrocketed after the end of PPP’s federal government – and it continues to drastically increase to date.

He also called out the PM for distorting the truth by claiming he has a role to play in Pakistan’s industrial growth. “Declarations such as these are ridiculous since the selected PM has admitted to a decline of more than 22% in the energy sector growth rate,” he said.

Bilawal also brought to light the accomplishments of the PPP during its five-year tenure. “The income of the common citizen increased by 59 percent,” said Chairman PPP said, “We also can’t ignore the fact that per capita income has increased the most in Sindh due to PPP’s provincial government’s initiative. Whereas, the PTI government has used the old census data to show higher per capita income,” he concluded.

However, these aren’t the only skeptical statistics that the citizens must ponder on. PTI also claimed to contribute to record wheat production. While the truth is, flour became 28% more expensive in just one year.

“Why would people be satisfied with the federal government’s claims of record sugarcane production when sugar has become 21% more expensive?” questioned Chairman Bilawal Bhutto Zardari. “Does a 60 % increase in chicken prices in just one year count as an accomplishment?”