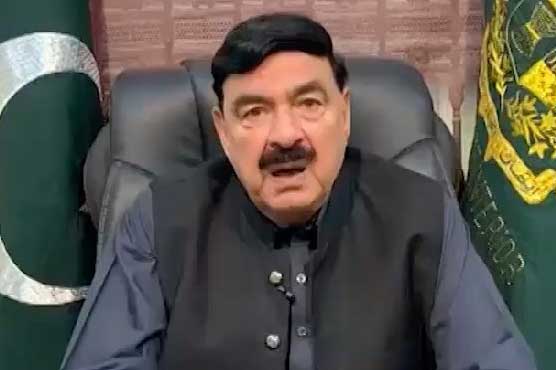 LAHORE (Dunya News) – As the negotiations between the government delegation and proscribed Tehreek-e-Labbaik Pakistan (TLP) are underway, the government refused to accept the demand of resignation of Interior Minister Sheikh Rashid.

During the dialogues, the banned TLP demanded the resignation of Interior Minister Sheikh Rashid Ahmed and expulsion of France’s Ambassador to Pakistan.

The minister said that the issue with the protesters will be resolved through negotiations as per the wish of the Parliament. No government deserves such kind of situation, he added.

Later, the prime minister addressed the nation and said that removing the French Ambassador will have no effect on France. In fact, it would be detrimental to Pakistan itself. He stressed that the collective voice of whole Muslim world and threat for trade boycott could put a stop to blasphemy as protest demonstrations would damage nothing but Pakistan’s booming economy.

Meanwhile, a delegation of religious scholars led by Chairman Punjab Quran Board on Monday met with Saad Rizvi, leader of banned Tehreek-e-Labbaik Pakistan (TLP), and urged him to end the violent protests in different parts of the country.

According to sources, the scholars who met Saad Rizvi said that the anarchy and chaos caused by the protests had damaged their own country and requested him to maintain a sense of law and order.

The clerics requested Saad Rizvi to call off the protests and issue a special video message in this regard.