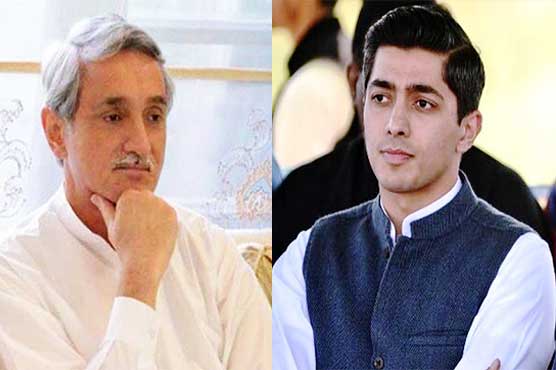 The PTI leader has been asked to appear before Sugar Investigation Team.

Jahangir, Ali Tareen and Shahid Saleem Rana have been directed to appear before the Sugar Investigation Team (SIT) at FIA Lahore office.

The agency has asked the accused have been asked to provide details of complete independent valuation, yearly financial statements, and details of JKFSL’s farmhouse consisting of 35,000 acres.

The money trail of more than Rs3 billion advance payment by the JWD has also been sought by the FIA. Furthermore, Jahangir Tareen and his son have been asked to provide complete details of their assets owned abroad.

Earlier on Saturday, estranged Pakistan Tehreek-e-Insaf (PTI) leader Jahangir Tareen and his son Ali Tareen were granted interim bails in three cases – two by Sessions Court and one by Banking Court in Lahore.

Jahangir Tareen and Ali Tareen appeared before the Sessions Court in two cases pertaining to money laundering through sugar mills. Their counsel requested the court to grant bail for a longer period owing to the coronavirus situation.

The lawyer maintained that the Federal Investigation Agency (FIA) had summoned his clients on Friday and is likely to call them to its office again. Additional Sessions Judge Hamid Hussain inquired from the FIA whether it had any objection over the request, to which the investigation agency replied in negative.

The court granted interim bails to Tareens till April 22. Furthermore, the judge ordered the FIA to keep the investigation transparent and to include all suspects in the interrogation.

The Banking Court then conducted hearing on fake bank accounts case against Jahangir Tareen and Ali Tareen. The FIA raised objection over the court’s jurisdiction. The court ordered all parties to argue over the matter of its authority in the next hearing while granting interim bails to the suspects till April 17.