I am being subjected to media trial to tarnish my reputation: Jahangir Tareen 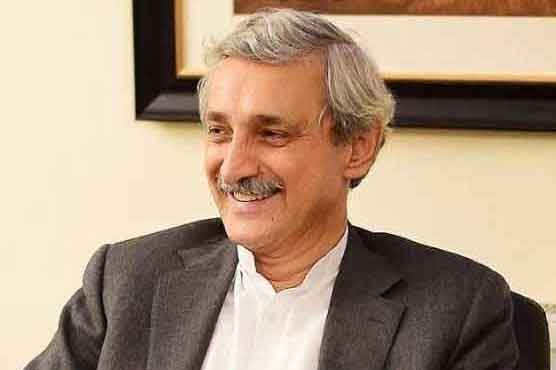 I am being subjected to media trial to tarnish my reputation: Jahangir Tareen

LAHORE (Dunya News) - Senior leader of Pakistan Tehreek-e-Insaf (PTI) Jahangir Tareen said Saturday that an attempt was being made to tarnish his image by subjecting him to a media trial.

Talking to media in Lahore, Jahangir Tareen said that all three cases against him have nothing to do with the price hike of sugar. Decisions made by the company six to ten years ago are being challenged, that too by the Federal Investigation Agency (FIA) which is not mandated to do so. This is being done deliberately, he added.

He said that it seems that certain things are leaked under a predetermined plan but vowed to contest them with full conviction, challenging to be taken to court over the allegations leveled against him.

Additional Sessions Judge Hamid Hussain conducted hearing as Jahangir Tareen and Ali Tareen appeared before the court. Barrister Salman Safdar, while representing the suspects, argued that a political case has been lodged against his clients.

The counsel requested to become a part of the investigation. The court directed the Federal Investigation Agency (FIA) to not arrest Jahangir Tareen and Ali Tareen till April 10 while granting them interim bail.

On the other hand, the banking court also accepted the interim bail plea of Tareens against surety bonds worth Rs 500,000 each and stopped the FIA from arresting the PTI leader and his son till April 7.