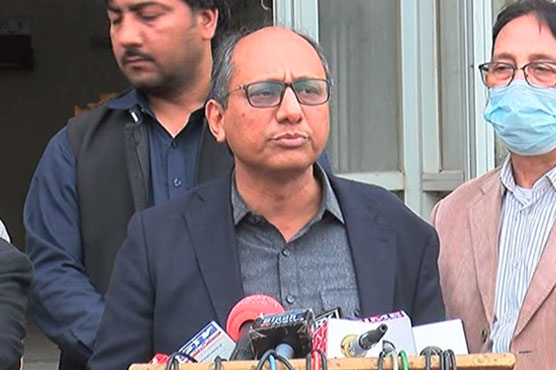 Talking to media persons, Saeed Ghani said that Federal Information Minister Shibli Faraz had said that every method will be used to win the election. Government installed cameras in polling booth to scare their voters, Saeed Ghani claimed.

He also rejected claims that opposition installed cameras and said that if it is true than government should suspend Secretary Senate.

Saeed Ghani also alleged that presiding officer wrongly rejected seven votes and said that a members of the Senate asked Sherry Rehman that will his vote remain valid as he has stamped name of the candidate. On this the PPP leader confirmed it from Secretary Senate who said that stamping the name of the candidate is acceptable.

It is pertinent to mention here that on Friday, by a majority vote, the government-backed Sadiq Sanjrani was elected as Chairman Senate and Mirza Mohammad Afridi as Deputy Chairman Senate.

Meanwhile, Ex-FATA Senator Mirza Afridi secured 54 votes out of a total of 98 cast for the seat of Deputy Chairman Senate.