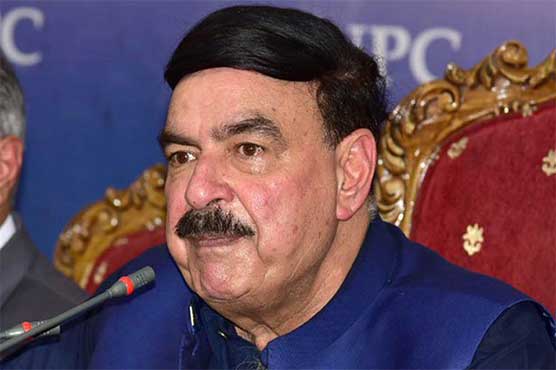 The minister expressed hope that the Senate polls will become interesting now.

ISLAMABAD (Dunya News) – Federal Minister for Interior Sheikh Rashid on Monday has termed the opinion of Supreme Court (SC) on presidential reference regarding Senate elections as constitutional and according to the law.

Federal Minister for Finance and Revenue, Dr. Abdul Hafeez Shaikh will win from Islamabad whereas other provinces are considering the option of settlement, he claimed.

The reaction came after SC, in its opinion on the presidential reference on open Senate vote, said that the elections in the upper house of the Parliament will be held through secret ballot under the article 226 of the Constitution of Pakistan.

The apex court has directed Election Commission of Pakistan (ECP) to use latest technologies to stop corrupt practices and all institutions should assist ECP in holding the elections.

It is to be mentioned here that a total of 170 candidates had filed their nomination papers in the ECP for the polls on 48 seats in the upper house of the Parliament. 29 candidates from Punjab, 39 from Sindh, 51 from Khyber Pakhtunkhwa (KP), 41 from Balochistan and 10 from the federal capital Islamabad had submitted their details.

Polling for Senate elections will be held on March 3 at the Parliament house in Islamabad and the four provincial assemblies.