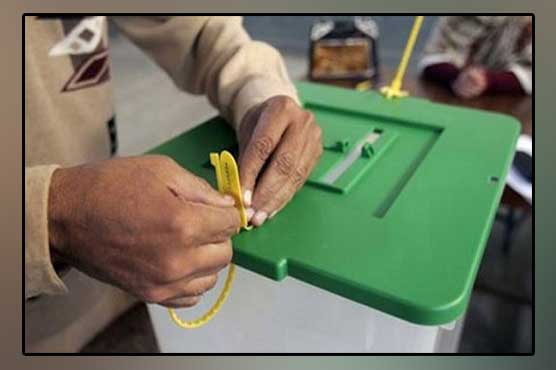 THARPARKAR (Dunya News) - Pakistan Peoples Party (PPP) candidate Syed Pir Amir Ali Shah is in lead with 90463 votes in NA-221 Tharparkar by-poll while Pakistan Tehreek-e-Insaf candidate Nizam-ud-Din is second with 43320 votes according to unofficial results of 257 polling stations out of 318.

Polling for the by-election in National Assembly constituency, NA 221 Nagarparker in district Tharparkar ended at 5:00 pm and the vote count is underway.

The voting started at 8:00am and ended at 5:00pm without any interval.

According to Election Commission of Pakistan (ECP), twelve candidates are contesting the election.

318 polling stations were established for the voting process among which, 95 were declared sensitive.

Over 4,000 police personnel and 1,000 Rangers were deployed in the constituency to avoid any untoward situation.

It is to be mentioned here that the seat had fallen vacant after the death of PPP, member of National Assembly (MNA) Noor Mohammad Shah Milani.