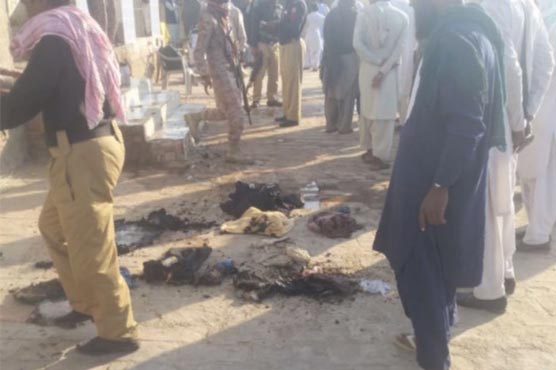 318 polling stations have been established for the voting process

THARPARKAR (Dunya News) – Polling process was disturbed in Chachro after miscreants set fire to a polling station and burnt the polling material.

Police have arrested four individuals in connection to the fire. Polling is underway for by-election in National Assembly constituency, NA 221 Nagarparker in district Tharparkar.

318 polling stations have been established for the voting process among which, 95 have been declared sensitive.

Over 4,000 police personnel and 1,000 Rangers have been deployed in the constituency to avoid any untoward situation.

It is to be mentioned here that the seat had fallen vacant after the death of PPP, member of National Assembly (MNA) Noor Mohammad Shah Milani.