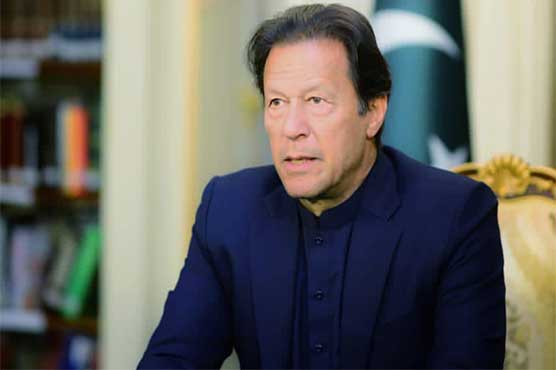 Talking to media in Waziristan on Wednesday, he said that the foreign funding case should be heard in the presence of party leaders.

Imran Khan said that Shaukat Khanum s funding came from overseas Pakistanis. “These (opposition) parties and I know what foreign funding is. A number of countries gave funds to these parties. I cannot name those countries because of the relations.”

Earlier, addressing a ceremony in Wana, he reiterated that development of tribal areas is incumbent government’s top priority with special emphasis on the education sector and provision of livelihoods to the people of the areas.

The premier also announced that 3G and 4G internet service will be allowed in the region from today. He while terming youth the biggest asset of the country, said that apart from giving scholarship to the youth, schools, colleges, universities and technical institutes will be established in the tribal districts.

Imran Khan said the loans under the Kamyab Jawan Program are just the beginning and its scope will be further expanded. He said more funds will be poured into the program from next year so that more loans could be given to the people.

The premier said that road infrastructure will also be built so that the farmers could easily take their produce to the markets. Referring to the potential of the area in the olive oil production, he said massive plantation will be started in the tribal areas from next month. He said this project will enhance the income level of the people and they will not require to find jobs in other cities.

The Prime Minister said that each family in the tribal districts will be provided with health insurance card under which they will be able to get medical treatment worth seven hundred thousand rupees per year.

He while praising the people of the tribal areas, said that residents of Waziristan fought most wars against the British and several groups from here also took part in the 1965 war.

It is pertinent to mention here that Prime Minister Imran Khan is a on a day long visit to South Waziristan to launch several development projects.

Special Assistant to Chief Minister Khyber Pakhtunkhwa for Information Kamran Bangash said that the Prime Minister will perform the ground breaking of the extension project of Cadet College Wana.

He further said that the PM will also distribute cheques amongst the deserving families under Ehsaas Kafalat program. On the occasion, he will be briefed about the digital survey of Ehsaas program.

Imran Khan will inaugurate a hospital laced with modern facilities at Mola Khan Sarai and also meet the local notables there.