PDM's protest outside ECP is an attempt to threaten national institution: Shibli 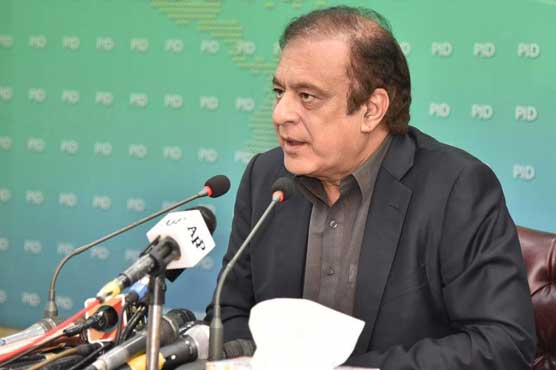 PDM's protest outside ECP is an attempt to threaten national institution: Shibli

The minister said the PDM is going to play their last card.

Addressing a press conference in Islamabad on Sunday, he said that the opposition’s anti-government movement has become a part of the past.

The minister said that they [opposition] have played all their cards but got nothing but shame and now the PDM is going to play their last card.

The PDM’s protest outside the ECP office is to pressurize a national institution, adding that Jamiat Ulema-e-Islam-Fazl (JUI-F) chief Maulana Fazlur Rehman said he would appear before the National Accountability Bureau (NAB) with his entire party when he received notice from the anti-graft watchdog. “These people [opposition] want to threaten the national institutions by bringing group of people,” he said.

"Opposition parties under the platform of Pakistan Democratic Movement have united to cover up their corruption they done in the past," he said and added the people of Pakistan have rejected the opposition s narrative.

The federal minister further added that now these parties are coming to stage a protest demonstration outside ECP just to intimidate and pressurize institutions. He urged PDM to submit record of their foreign funding instead of misleading the people through demonstrations.

He said that the ruling PTI has submitted record of donations it received from workers and sympathizers abroad to ECP s scrutiny committee. He said that record of 40,000 notarized and authenticated transactions undertaken through proper banking channels has been submitted to the ECP.

The minister asked opposition parties to submit record of their foreign funding to the Election Commission of Pakistan instead of pressurizing and intimidating state institutions.

Speaking on the occasion, Railways Parliamentary Secretary Farrukh Habib said that ECP has issued three different orders asking the PML-N, the PPP, and the JUI-F to submit record of their funding, but to no avail.

He said PML-N has shown a media expenditure of 700 million rupees and they have to tell the ECP, on which media house, they have spent this huge amount. Similarly, six million dollars were paid from national exchequer to US lobbyist Mark Siegel by the PPP government in past.

The parliamentary secretary said that the PML-N is registered in the United Sates and the United Kingdom and asked as when it will give record of its fundraising in these countries.