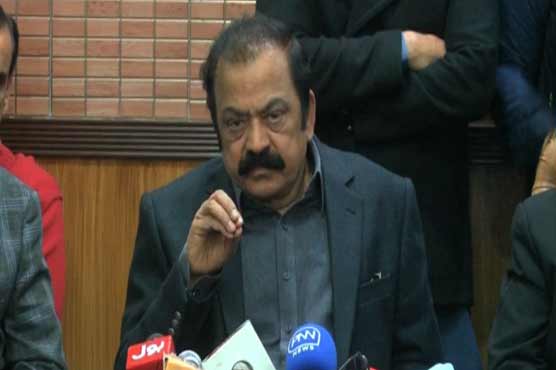 LAHORE (Dunya News) - Pakistan Muslim League-Nawaz (PML-N) leader Rana Sanaullah has said that the Supreme Court has declared the whole matter of Khokhar brothers clear, now an attempt is being made to demolish their house again. He warned the rulers that they will have to endure the same things tomorrow.

Rana Sanaullah while addressing a press conference said that there is a tradition in Punjab that despite opposition, the sanctity of chador and four walls is not violated.

He said that the government is declaring the women of the Sharif family as fugitives, tomorrow they will have to face all these things.

The league leader said that the Khokhar family was being subjected to the worst revenge. ‘Baba Rahmata’ had knocked down the walls of Khokhar community.

Chief Justice of Pakistan and Chief Justice Lahore High Court should stop the fire of revenge. Bani Gala can be regularized, so why double standards for opponents, he added.

He said that this revenge would destroy the country. Despite running bulldozers on homes, we are appealing to those responsible to stop the fire from spreading, which will engulf the entire society.