India in a weak position after August 5 move: DG ISPR 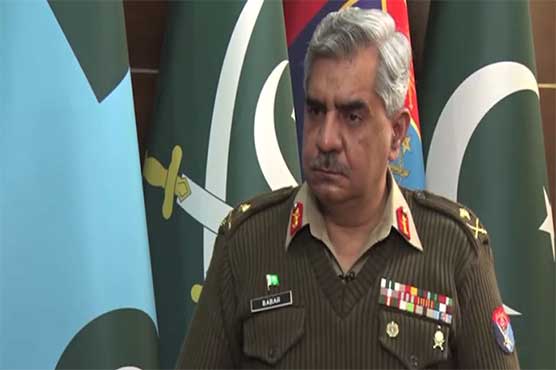 India in a weak position after August 5 move: DG ISPR

India is involved in terrorism in Pakistan: DG ISPR

RAWALPINDI (Dunya News) - Director General (DG) of Inter Services Public Relation (ISPR) Major General Babar Iftikhar has said that since August 5, 2019 move, India is in a weak position in the world and has received a lot of negative press.

Major General Babar Iftikhar, in an interview said that the dossier, which was vindication of Pakistan’s stance, provided proof and evidence of Indian state in terrorism in Pakistan. The Dossier has been taken very seriously by the international community and now the world is talking about it despite Indian efforts.

Answering about next steps of Pakistan, DG ISPR said that Foreign Office (FO) presented the dossier to P5 and UN Secretary General and now Organization of Islamic Cooperation (OIC) has released a very strongly worded statement about what is happening in Indian Occupied Jammu and Kashmir.

He further said that Pakistan will take the dossier to every possible forum and a series of actions are being taken in this regard.

When asked about the nature of threat from anti-CPEC cell which reports directly to Indian PM Narendra Modi, DG ISPR said that Indians see CPEC as a game changer with which Pakistan is becoming a connectivity hub for the whole region.

CPEC is facing security threats and now India has started talking about starting and ending of CPEC route in a bid to make the project controversial. India wants to dampen the pace of the project as it has decided that after a point in time, it will become irreversible, he revealed.

Answering a question about taking the issue of Afghan soil use with the country’s government, he said that Pakistan keeps having these conversations with the country and has also shared the details of the dossier; however, it also acknowledges capacity issues of Afghan government and that is why Pakistan does not blame them.

However, he assured that with the kind of steps Pakistan has taken, India will not be able to harm the project in anyway.

Talking about LoC violations, Major General Babar Iftikhar said that India is trying to tag indigenous freedom struggle as terrorism and link it with Pakistan. Increase in intensity and lethality of the violations started from 2014 but 2019 and 2020 have seen maximum violations, he added.

Pakistan has taken diplomats and media to LoC and showed them that there is no way infiltration can take place from Pakistan as India has 900,000 military personnel in IIOJK while entire Pakistan Army consists of about 600,000 servicemen.

He also said that India is trying to divert attention of the world to Pakistan through LoC violations because it understands that whether they fire at us or we fire at them, it is Kashmiris that are being hurt and through this they are trying to drive a wedge between Pak Army and people living in the region.

Answering a question about western border, he said that Pakistan wants to ensure better management and for that purpose, it is fencing the border as it is very porous. He also revealed that by the end of this month Pakistan will have completely fenced its border with Afghanistan.

Emphasizing about the importance of border management for government and military, DG ISPR said that a Border Management Division has been raised to centrally articulate all points of entry whether it is from land or sea.

Talking about Afghan peace process, he said that Pakistan’s role is of a facilitator and everyone, including United States and Afghanistan, acknowledge it. Now, the Afghans have to decide about their future, he added.