Mandate of people was stolen in Gilgit-Baltistan election: Bilawal 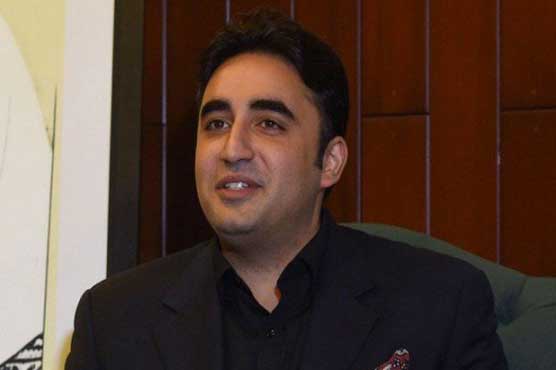 Mandate of people was stolen in Gilgit-Baltistan election: Bilawal

GILGIT (Dunya News) – Pakistan Peoples’ Party (PPP) chairman Bilawal Bhutto Zardari on Monday said that the rights of the people have been robbed by stealing the mandate.

Addressing the party workers on Monday, protests will be held in the constituencies where there had been rigging and his party won’t sit until getting the seats it won, adding that Gilgit-Baltistan will not be handed over to eight puppets.

He said that the candidates were pressurised for joining the ruling PTI, adding that the polls were rigged.

“The protection of your vote was the job of the Election Commission,” he said adding that the Chief Election Commissioner (CEC) targeted the opposition. "Our candidate lost by two votes. They are trying to steal three seats but we will not let them."

The PPP chairman said that Gilgit-Baltistan cannot be handed over to puppets and selected, adding that the puppets had no idea that they would win the election. He said the PTI doesn’t even have a candidate for the chief minister. “We will continue election campaign and protest and his party would march towards Islamabad if justice is not delivered,” he added.

The PPP chairman took to Twitter and said he will be joining the people of Gilgit-Baltistan in their protest shortly.

My election has been stolen. I will be joining the people of Gilgit-Baltistan in their protest shortly.

It is pertinent here to mention that PTI won the most seats in Gilgit-Baltistan Legislative Assembly elections – held on Sunday – but failed to win an outright majority.

PML-N Vice-president Maryam Nawaz said that it is shameful for Pakistan Tehreek-e-Insaf (PTI) to not get a simple majority in Gilgit-Baltistan elections despite use of full state machinery and institutions.