Faraz noted that Nawaz Sharif had dictatorial tendencies and his party was now disunited.

ISLAMABAD (Dunya News) – Minister for Information and Broadcasting Senator Shibli Faraz on Sunday said that Pakistan Muslim League-Nawaz (PML-N) leadership is misleading the common people by pursing a narrative, which has nothing to do with reality.

Addressing a press conference on Sunday, he said that they have done nothing for the country, except pursuing anti-people policies, adding that PML-N was responsible for the present economic difficulties of the people as it looted national wealth and paralyzed the institutions for 30 years.

He said Nawaz Sharif government signed expensive power agreements and his focus was not on renewal energy projects and transmission and power distribution but he relied on expensive fuels like oil and LNG.

The minister asked Nawaz Sharif to tell how he made the assets and how he took away the money abroad. He said Imran Khan effectively raised the issue of Kashmir whereas Nawaz Sharif did not take the name of Kulbhushan Jadhav and he was blackmailing Pakistan and its institutions.

“Nawaz Sharif did not have smooth working relationship with the army chiefs and judiciary and he was accused of theft and financial crimes,” he said.

Faraz noted that Nawaz Sharif had dictatorial tendencies and his party was now disunited. The PML-N supremo had to submit before the law and face the cases against him, the minister said.

He said the government was trying to implement the court decision about Nawaz Sharif and delivered the arrest warrants to him through Pakistan High commission in London. Nawaz was convicted and went to London on bail, he added.

Shibli said the ex-PM was sitting in apartments worth billions of rupees in London and making speeches to create uncertainty and instability in the country and he did not want the economy to improve.

“Opposition with its statements should not harm projects of national importance,” he said and added the National Accountability Bureau (NAB) went after the opposition which took personal benefit by relaxing rules and regulations and used every opportunity to commit the corruption. “Cases were filed against the opposition because it was involved in corruption,” he added.

The minister said the opposition was using people to come back into power. Opposition was divided and if its members would resign from the assemblies, their resignations would be accepted and bye elections would be held, he clarified.

He said first the opposition opposed the legislation linked to Financial Action Task Force (FATF) and then it formed an alliance to create instability. He stressed that the opposition would not get “NRO” as Pakistan Tehreek I Insaf (PTI) came in power on the mandate to go after the corrupt.

Shibli said China Pakistan Economic Corridor (CPEC) was reflection of unwavering friendship between Pakistan and China and the government was committed to complete the CPEC projects.

When the PTI government came, foreign exchange reserves of no more than six weeks were left and the current account deficit was more than $ 20 billion . The previous government left behind loans of Rs 30 trillion and Rs 2.9 trillion were allocated in the budget for payment of loans.

The minister said Ishaq Dar kept the dollar artificially low by spending $ 23 billion and then he went out of the country in the plane of the then prime minister Shahid Khaqan Abbasi. The last government could not increase exports in the last five years and it damaged the industry, he added.

When the government led by PTI came, its challenge was to pay back the loans and pay heavily for the imports of palm oil, crude oil and pulses, the minister said. He said the PTI government increased the foreign exchange reserves to $ 19 billion and the current account deficit was reduced from $ 20 billion and brought to the positive territory of $ 80 million dollars. 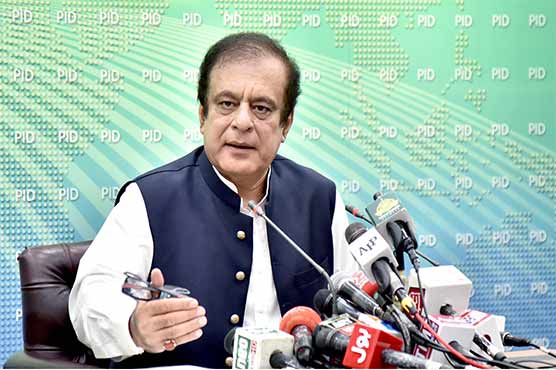 Nawaz should answer about his assets abroad: Shibli Faraz 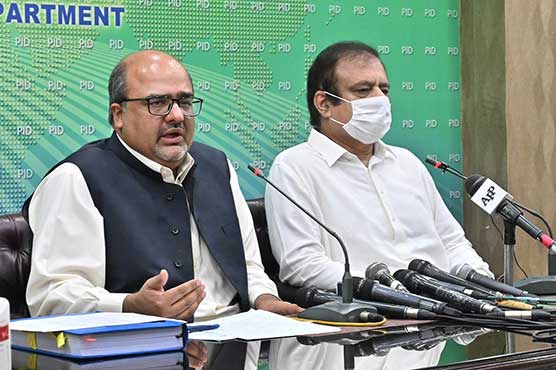 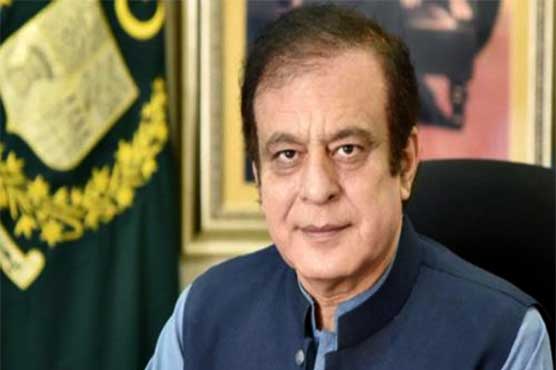 People of Karachi cannot be left at mercy of Sindh govt: Shibli Faraz