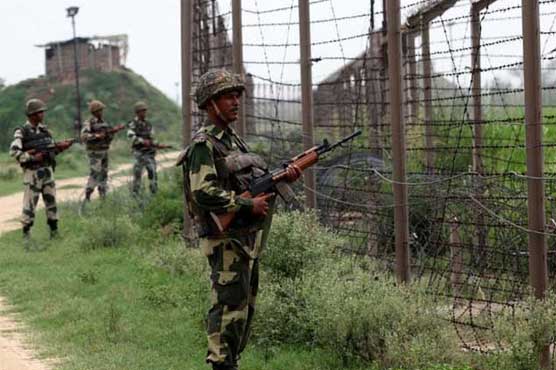 RAWALPINDI (Dunya News) - The Indian Army has once again violated international law by firing on civilian population across the Line of Control (LoC), as a result of which an 11 years old innocent girl embraced shahadat.

According to the Inter Services Public Relations (ISPR), the Indian Army targeted civilian population with automatics and mortars in the Tatta Pani and Rakhchikri sectors injuring four people including a 75 years-old woman and two young boys.

The ISPR said Pakistan Army troops responded effectively and gave a befitting reply to the enemy.

On the other hand, Indian Charge d’Affaires Gaurav Ahluwalia was summoned to Foreign Office on Sunday to register Pakistan’s strong protest over ceasefire violations by the Indian occupation forces along the Line of Control on the night between Friday and Saturday resulting in one shahadat and serious injuries to four innocent civilians.

According to Foreign Office Spokesperson, the Indian side was called upon to respect the 2003 Ceasefire Understanding, investigate this and other such incidents of deliberate ceasefire violations and maintain peace along the LoC and the WB.