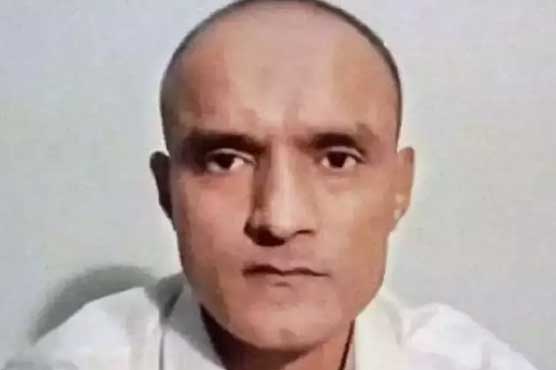 ISLAMABAD (Dunya News) – Pakistan on Monday once again contacted the Indian government over the matter of appointing a legal representative for Research and Analysis Wing (RAW) spy and agent Kulbhushan Jadhav.

The foreign office has sent a new note to the Indian High Commission with a copy of the order of the Islamabad High Court (IHC) and also offered to appoint a lawyer soon.

On Thursday, A larger bench of the Islamabad High Court (IHC) ordered the government to give another chance to India to appoint defence counsel for Kulbhushan Jadhav, an Indian spy and agent of intelligence agency Research and Analysis Wing (RAW).

Attorney General told the court that to comply with orders of the international court, Pakistan granted counsellor access to India; however, it has not replied to Pakistan’s offer to appoint lawyer for the Indian spy.

IHC, while ordering the government to send its order to India regarding Jadhav, adjourned the hearing till October 3.

It is to be noted that on July 17, 2019, the ICJ had rejected remedies sought by India, including annulment of military court decision convicting Kulbhushan Jadhav, his release and safe passage to India.

Government arrested Jadhav alias Hussein Mubarak Patel in the province of Balochistan on charges of terrorism and spying for India’s intelligence agency, the Research and Analysis Wing (RAW).