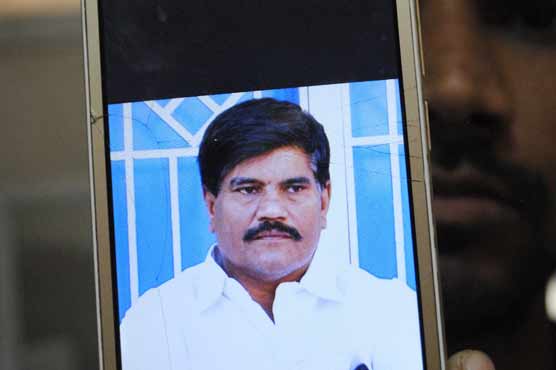 NAWABSHAH (Dunya News) - The murderer of Aziz Memon, a journalist who was killed in Naushero Feroz’s Mehrabpur in February, was arrested on Friday after his DNA was found on Memon’s body.

According to AIG Ghulam Nabi, DNA of another person was found from Memon’s body during the post-mortem examination.

The DNA matched with Mujtaba Nazeer Sehtu, who confessed his crime under police custody and revealed names of his accomplices during the murder. “Three suspects have been arrested while the police are on the lookout for five other,” Nabi said.

During a press conference on Friday, the IG assured that the team will not succumb to any pressure and will make sure that the suspects are punished.

Further investigations are under way by the JIT formed by the Sindh government to investigate the case.

Memon, a reporter with Kawish Television Network, was found dead in a canal in Mehrabpur on February 16, 2020. According to officials, a wire was found wrapped around his neck.