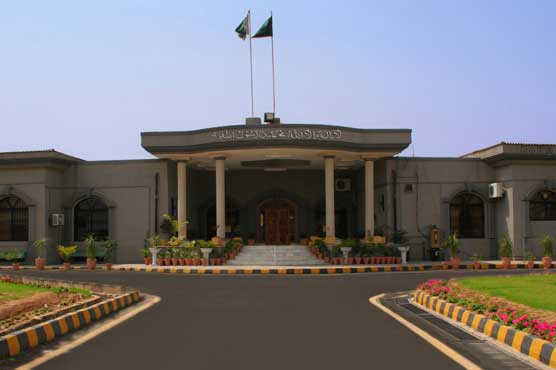 IHC Chief Justice Athar Minallah presided over the case against Ijaz Ahmed Shiekh regarding court of contempt, which was filed by Advocate Jahangir Jadoon. The petitioner stated that the FIA has been harassing the PML-N despite a court order which restrains the national body from “harassing the party”.

Jadoon submitted the copy of a FIR which was lodged against FIA investigator in 2016.

The IHC directed Ijaz Ahmed Sheikh to present in the next hearing, while also sought a response from DG FIA Wajid Zia on the matter.

The FIA recorded satements of people who were present in the office, while some important videos were also seized. According to sources, the FIA team feared that some records might be hidden due to summoning of Ata Tarar and Pervez Rashid.

In the raid, FIA took into custody hardware of a computer from the Central Office of PML-N in Model Town. “A FIA team raided at the central office of PML-N and took hardware of a computer from the office,” said PML-N Deputy Secretary Ata Ullah Tarar. “The FIA team was holding warrant for raid at the party’s central office,” he further said, adding that they had all the data in the IT room.

He also said that Prime Minister Imran Khan wanted to create unrest in the country and wanted to take all of them into custody but they would not surrender and would continue their struggle against him. Ata Tarar termed the action as an enmity against the PML-N and asserted, "This is the very end of fascism and retaliation. We will fight vigorously against it." He added that the forensic analysis of original video is often denied.

“We received a notice from Federal Investigation Agency (FIA) and we submitted the reply,” said Mr. Tarar while talking to the reporters outside the party office in Model Town. He said Shehryar Afridi should resign as he used to swear that the video was there inside the office but he should surrender himself before God and seek forgiveness.

He expressed: “We will appear before FIA by tomorrow at 11:00 am,”. He came hard upon Prime Minister Imran Khan and the ministers of the ruling party, saying that they ruined the system and the economy.

“These all people are mindless people and the government has completely failed to deliver,” he added. He stated: “The raid was conducted to take the record of Maryam Nawaz’s press conference”.