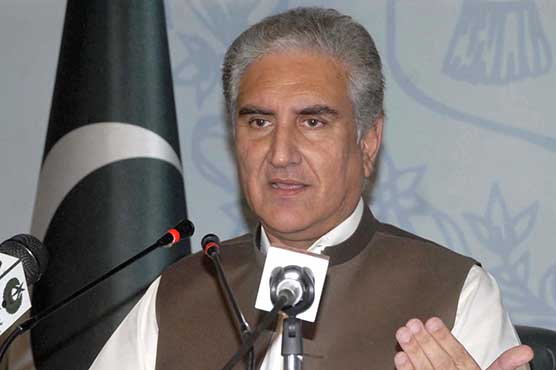 In a statement, the foreign minister said that protests across the world are underway against Indian government for implementing citizenship law.

He said those who think that Indian government has buried the ideology of secular India and is imposing Hindu Rashtra and Hindutva philosophy are taking part in these protest demonstrations.

The foreign minister said India has committed ceasefire violations for over three thousand times since January this year and more than three hundred people have been targeted in these violations.

He said India has suppressed the ongoing tyrannies in occupied Kashmir through communication blackout.

He further thanked the countries, including Malaysia and Turkey for raising voices for Kashmiri people, adding that the independent Human Rights Commission of the Organization of Islamic Cooperation has also taken notice of the use of pellet guns in IoK on Pakistan‘s demand, and investigation in this regard has also been started.

Earlier, FM Qureshi said that India may carry out fake operation to divert the world’s attention from ongoing protests against citizenship law.

The minister told that United Nations Security Council has been informed about reservations on Indian moves and clarified any violence from arch rival will be responded befittingly.