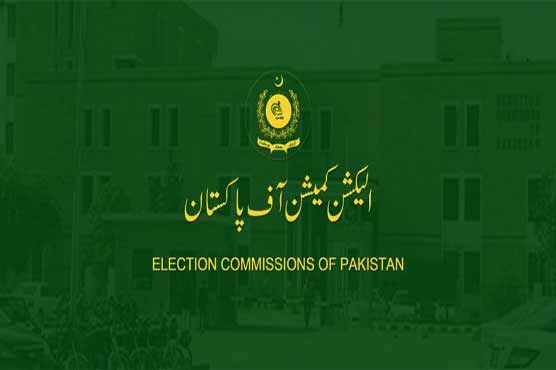 The committee will review the answers and details submitted by the opposition parties.

ISLAMABAD (Dunya News) – Pakistan People’s Party (PPP) and Pakistan Muslim League-Nawaz (PML-N) on Friday submitted their reply of the questionnaire of the Election Commission of Pakistan (ECP) in case pertaining to party funding.

The Election Commission of Pakistan’s (ECP) scrutiny committee headed by the Director General Law met in Islamabad on Friday for an inquiry into the party funding of the PML-N and the PPP.

PPP lawyers Shehbaz Khosa appeared before the ECP’s scrutiny committee and submitted the party’s reply over the questionnaire. Shehbaz Khosa informed the committee that the PPP do not have any company in the United States.

On the other hand, the counsel of the PML-N Jahangir Jadoon also appeared before the scrutiny committee and presented his arguments.

He also submitted the reply of the questionnaire issued to the party by the scrutiny committee.

The committee will review the answers and details submitted by the opposition parties. The committee has summoned again the PML-N and the PPP lawyers on December 03 for hearing.

Pakistan Tehreek-e-Insaf (PTI) leader Farrukh Habib, who also appeared in the scrutiny committee said the PML-N has submitted reply of the ECP questionnaire on one page. “The brief reply of the billions of rupees transactions is not understandable,” he added.

“They have also to answer about the electoral expenditures”, Habib said.