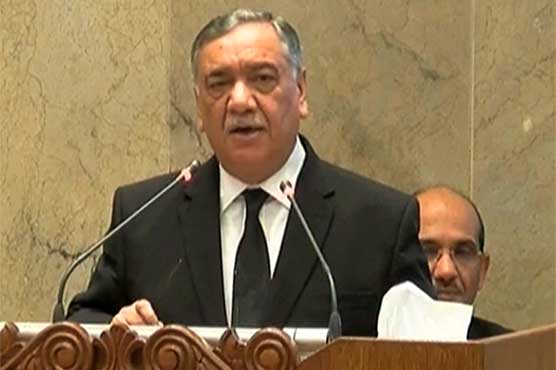 Justice Khosa said the Prime Minister himself allowed 'someone' to travel abroad.

Referring to the matter of allowing former prime minister Nawaz Sharif to travel abroad on medical grounds, the Chief Justice said that Prime Minister Imran Khan himself allowed ‘someone’ to travel abroad, so it should not be said that the judiciary was the sole authority in the matter.

He further said don’t taunt judiciary with allegations of siding with the powerful. No person but only law is powerful for us.

“We will only take decisions as per law. No one is powerful or weak for us. Don’t you remember that we convicted a former prime minister and disqualified another. Verdict in a case against a former chief of army staff is going to be announced soon. Can’t you see all these examples? No person but only law is powerful for us,” the Chief Justice said.

Moreover, he said Prime Minister Khan had announced to provide all resources to the judiciary but the institution marked numerous achievements without resources. He went on to say that model courts were constituted but we didn’t brag about it.

Justice Khosa said the judiciary worked effortlessly to provide justice to the people with less resources. 3,100 judges worked hard and decided 3.6 million cases in a year. All the cases were decided on merit without differentiating between the rich and poor.