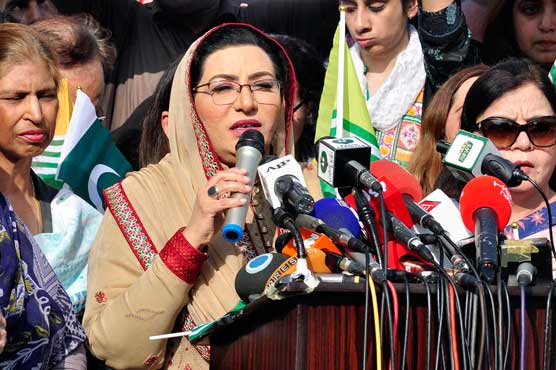 Addressing a gathering in Sialkot on Sunday, she said that Prime Minister Imran Khan is pleading the case of Kashmiris by exposing fascist New Delhi regime led by Narendra Modi.

The special assistant said that Imran Khan is also trying hard to provide education, jobs, health, medical, and speedy justice to the people of Pakistan.

Dr Firdous said that country needs political stability, while some elements are trying to create instability, adding that the people of Pakistan are aware of negative designs of such people and they will not let them succeed in their vested interests.

She said: “Youth are being provided soft loans ranging from half to five million rupees to empower youth, adding that a number of programmes under TEVTA, Nuetech, and State Bank have been started to equip youth with various skills.”

Dr Firdous said that around 600,000 new tax payers have been added to the tax net due to prudent policies of the government.

She said initiation of inspector-less regime, one-window operation, and provision of loans to youth are special hallmarks of PTI government s measures to revamp economy. She said current account deficit has reduced significantly. She said incumbent government started new schemes under the ease of doing business to re-open the closed industries.

The special assistant said that Sehat Insaf Cards are being provided to the needy enabling them to get medical facility upto 7,20,000 rupees in designated hospitals free of cost.

“The government has taken a number of steps to revive industry and the economy, Firdous Ashiq Awan added.