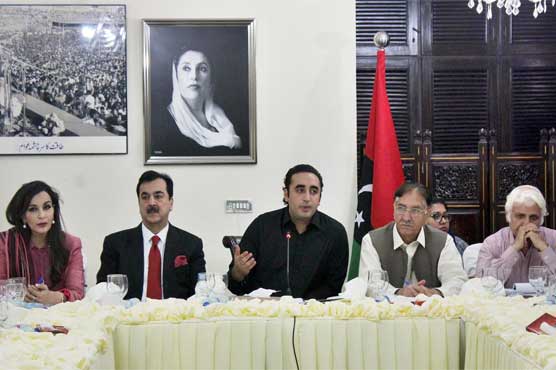 Addressing a press conference after presiding PPP core committee meeting in Islamabad on Wednesday, Bilawal Bhutto Zardari said that the opposition was being targeted for political revenge and added that NAB was used as a tool for political vitimisation.

Lashing out at the Pakistan Tehreek-e-Insaf government, Bilawal Bhutto said that the cause of Kashmir is being harmed by the illegitimate, incompetent and puppet Prime Minister.

The PPP chairman said that his party has given a deadline till end of the yearto the government. He also announced to continue moral support to Maulana Fazlur Rehman sit-on protest in Islamabad next month.

The PPP stalwart will be produced before the Accountability Court Sukkur on Thursday for a remand.

The inquiry against Khursheed Shah was initiated on August 7. The PPP leader is accused of illegally registering an empty plot in his name for a bungalow in Cooperative Society.

The PPP leader had also allotted to himself an amnesty plot illegally from a cooperative society in Sukkur.

As per the details, the PPP leader was arrested from his residence in Bani Gala.

Earlier today, Khursheed Shah had excused himself from appearing before the National Accountability Bureau (NAB) over his summon.

It is pertinent here to mention that on August 7, the anti-corruption watchdog had unearthed more than 105 accounts belonging to Shah. 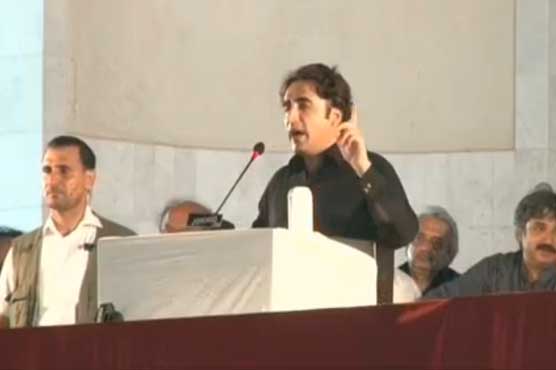 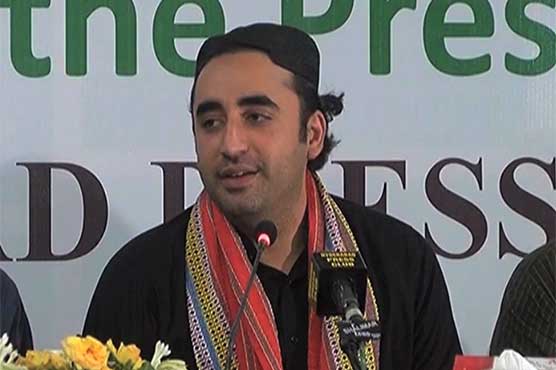 No one would be allowed to seize resources of Sindh: Bilawal Bhutto 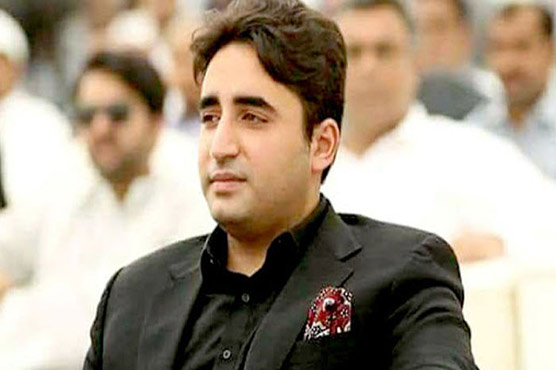 Bilawal to not attend joint session of parliament 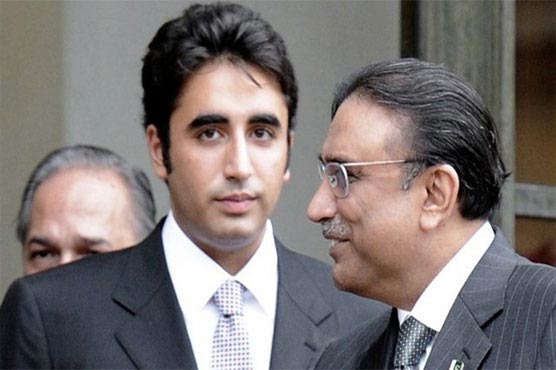 Bilawal to inquire about Zardari's health in jail today