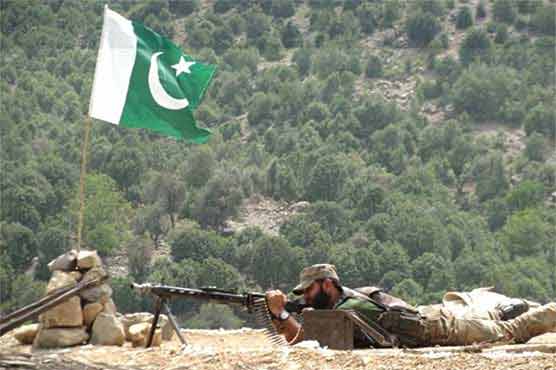 RAWALPINDI (Dunya News) – Indian security forces on Thursday yet again resorted to unprovoked firing on civil population along the Line of Control (LoC) and martyred another Pakistani soldier.

Pakistan Army responded effectively to the attack, engaging with the Indian army posts from where the fire had been directed.

The Ministry of Foreign Affairs issued a statement which stated that the Director General (SA & SAARC), Dr. Mohammad Faisal, summoned the Indian Deputy High Commissioner Gaurav Ahluwalia today and condemned the unprovoked ceasefire violations by the Indian occupation forces along the Line of Control (LoC).

The Indian occupation forces along the LoC and working boundary have continuously been targeting civilian populated areas with artillery fire, heavy-caliber mortars, and automatic weapons, which still continues. This unprecedented escalation in ceasefire violations by India is continuing from the year 2017 when the Indian forces committed 1970 ceasefire violations.