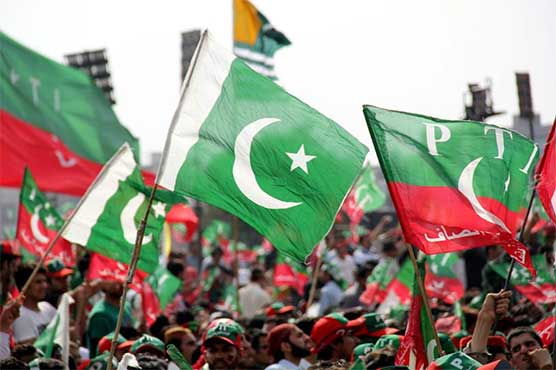 ISLAMABAD (Dunya News) – As the opposition completed its preparations for observing  Black Day  today, the Pakistan Tehreek-e-Insaf (PTI)-led government is all set to mark Youm-e-Tashakur (Thanksgiving Day) to commemorate party’s victory in the General Elections, 2018.

In a statement, PTI Chief Organizer, Siafullah Khan Niazi, has instructed the central and provincial leadership of the party to prepare for the celebration of historical win of PTI in general elections.

He said workers would offer prayers to thank the Almighty while sweets would also be distributed across the country.

The opposition will hold rallies and public gatherings in several cities including Karachi and Peshawar. The rallies would be addressed by Pakistan Peoples’ Party (PPP) chairman Bilawal Bhutto Zardari and others.

The preparations for the public gathering at Karachi’s Jinnah Ground have been completed. The leaders of different political parties including PPP, PML-N, JUI- and ANP will address the rally.

The workers of PPP, PML-N, JUI, ANP and other parties will attend the rally. The opposition parties will start their anti-government campaign from tomorrow’s public gathering.

On the other hand, the preparations for ant-government rally in Peshawar have also reached final phase and more than 15000 chairs will be installed for the rally.

Jamiat Ulema-e-Islam-Fazl (JUI-F) will hold its rally regarding Million March at Ring Road and party chief Maulana Fazlur Rehman will address the rally.