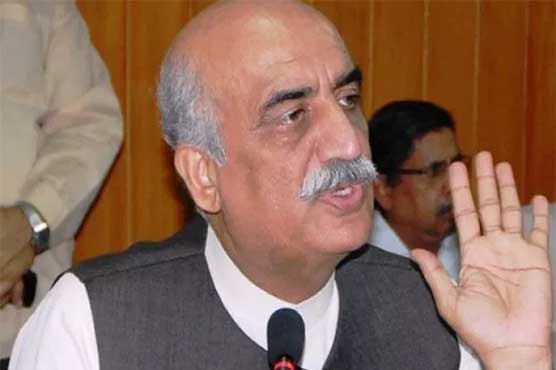 Khursheed Shah said we are politicians, we should admit our failure.

"PTI-led govt failed in giving a job of street sweeper but country s economy is deteriorating due to govt s false policies, however, we would not do politics on their [govt] failure," said the PPP leader.

Speaking to media, former leader of opposition in National Assembly asserted that Asad Umer, who had no experience of country s economy  had raised the false hopes; but started to complaining as he [Asad Umer] came into power.

"We are politicians, we should admit our failure," said Khursheed Shah.

"Things regarding govt s policies were reminded again and again that these policies would destroy the country s economy but we were mocked," maintained PPP leader.

He further added that Shehryar Khan Afridi, who is also PTI worker, was removed as state minister for interior on whim of Ijaz Shah.