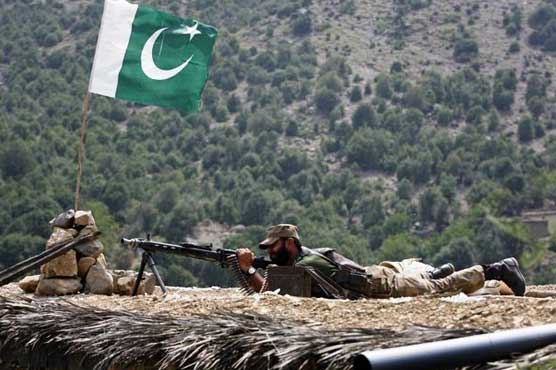 Armed forces of Pakistan continue to be "alert and vigilant", the military's media wing said.

RAWALPINDI (Dunya News) – The military s media wing, Inter-Services Public Relations (ISPR), issued a situation update on Monday to notify that India continued firing along the Line of Control during the last 24 hours.

According to the ISPR, the Pakistan Army gave a "befitting response by targeting Indian posts".

Armed forces of Pakistan continue to be "alert and vigilant", the military’s media wing said. It added that no life loss has occurred at the Pakistani side during the past 24 hours.

ISPR says that the funeral prayer of Nayak Khurram, martyred from Indian firing in Nakial sector, was offered in Dera Ghazi Khan. He was buried with military honors.

On March 2, two Pakistan army soldiers embraced martyrdom at Nakiyal Sector of Azad Jammu and Kashmir (AJK) as “ruthless shelling” by Indian troops from across the restive Line of Control (LoC) continued, according to the Director General of the Inter-Services Public Relations (ISPR), Maj Gen Asif Ghafoor.

The same day, two civilians were also killed and one woman sustained critical wounds by unprovoked violations of Indian troops in AJK.