I am perplexed by those still defending plunderers: PM 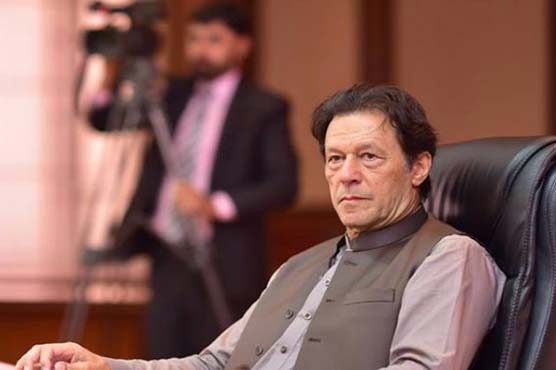 I am perplexed by those still defending plunderers: PM

ISLAMABAD (Dunya News) – Prime Minister Imran Khan on Tuesday said that the Panama JIT report and the Fake Accounts JIT report are case studies in how states fail - getting impoverished and drowning in debt.

In his latest tweet, PM Imran Khan while describing the reports of Joint Investigation Teams (JITs) on Panama Papers and fake accounts as “case studies in how states fail,” said that he was puzzled and perplexed by those who were still defending the plunderers.

He said that the scale and methods used for siphoning off public money are incredulous and mind-boggling.

The prime minister’s statement came a day after JIT investigating the fake account case submitted its report in the Supreme Court.

The JIT in its report stated that it has very minutely probed into the 32 fake accounts and the transactions associated with these accounts.

“All the relevant evidence that could be made available in the short time at the disposal of the JIT has been brought on record through this report. The instances where the evidence was insufficient or inconclusive have not been included in the findings of the JIT.”

The JIT is of the opinion that the mega-corruption and organized network of money-laundering brought forth through this report is only a tip of the iceberg.

The report mentioned that the expenses of construction of Bilawal House in Karachi and Lahore were paid through fake bank accounts and the houses are owned by the Zardari Group.

On Monday, the Supreme Court had issued notices to former president Asif Ali Zardari to submit a reply by December 31 in the fake bank accounts case following submission of a report by a Joint Investigation Team (JIT) pertaining to money laundering of billions of rupees during the hearing at the apex’s court’s registry in Lahore.