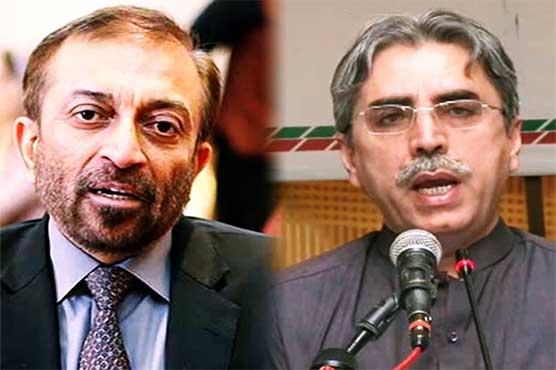 During the hearing, the accused have denied all the charges.

KARACHI (Dunya News) – As many as 60 Muttahida Qaumi Movement (MQM) leaders including Farooq Sattar and Kanwar Naveed have been indicted in inflammatory speeches and attack on media houses case today (Saturday).

During the hearing, the accused have denied all the charges.

Eight MQM leaders including its founder, Khalid Maqbool Siddiqui and Haider Abbas Rizvi are proclaimed offenders in the case.

Earlier, police officers had submitted an interim challan in the court declaring Dr Farooq Sattar and Amir Khan as accused.

Investigation officer Hameed Ullah told the court that police contacted Farooq Sattar and Amir Khan multiple times for interrogation but they kept on giving the excuse of absence of their lawyers.

ATC had also issued non-bailable arrest warrants for MQM founder and other fugitives over inflammatory speeches.