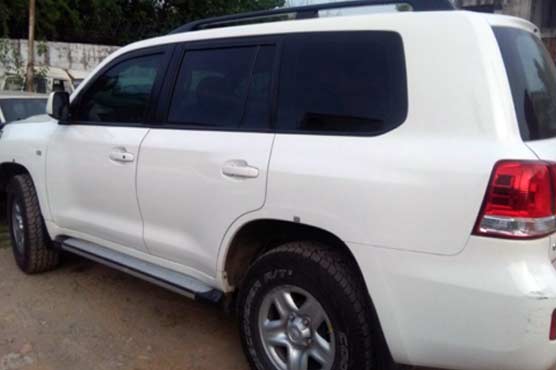 Orders have been passed to arrest all suspects involved in clearance of luxury vehicles in 2012.

The director general of Customs Intelligence has also ordered officials concerned in the four provinces, Azad Kashmir, and Gilgit Baltistan to take unauthorised vehicles into custody.

The Foreign Office and interior ministry have also been directed to apprehend all the suspects involved in the clearance of luxury vehicles in 2012.

Officials had revealed that at least Rs4.5 billion in import duty on luxury vehicles recovered from compunds in Rawalpindi and Islamabad were waived from 2012 to 2018.

As many as 330 luxury cars were illegally imported over a period of six years out of which 233 were brought to Pakistan at the behest of of Jassim family.

As per details, sixty one cars were shown in papers under the ownership of Hamad bin Jassim, his son Tamim bin Hamad (72), grandson Faisal bin Hamad (24), and brother Shaikh Falah bin Jassim (101).

Vehicles under illegal use

Sources in the Foreign Office said the luxury vehicles were under illegal use as Pakistani citizens are not allowed to use cars imported through diplomatic channels.

The Qatari embassy issued a clarification pertaining to the recovery of 21 luxury vehicles from the compound of a textile mill owned by Saifur Rehman.

Customs officials, however, said the embassy did not disclose ownership of the vehicles in its letter to the Pakistani authorities. They added that the cars were illegally parked as the authorities did not find any import document.