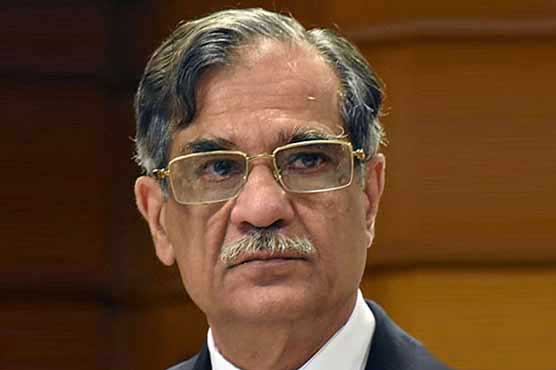 I was surprised after watching that how water is being wasted, said CJP.

ISLAMABAD (Dunya News) – Chief Justice of Pakistan (CJP) Mian Saqib Nisar on Saturday has clarified not to tolerate water theft at any cost.

Hearing a case pertaining to mineral water companies, CJP announced to take action against those stopping from the construction of the dams under Article 6.

We only want to serve the nation, he added.

The top judge also lauded the special report regarding wastage of water that was aired on Dunya News and said that it has unveiled the reality with facts.

I was surprised after watching that how water is being wasted, he continued.

Earlier, CJP asserted that those opposing the construction of dams are working on someone else’s agenda and that no compromise will be made on it.

He had also appreciated statement of Prime Minister (PM) Imran Khan regarding water crisis in the country and said that Supreme Court (SC) will soon conduct an international conference on water.

Will guard dams after getting retired, he said.