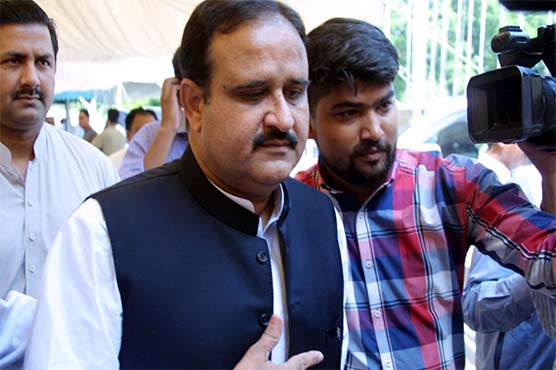 He was talking to media in Lahore.

LAHORE (Dunya News) – Punjab Chief Minister (CM) Usman Buzdar on Tuesday confessed to summoning an emergency huddle on issue of altercation of Khawar Maneka and his family with police officials.

He was talking to media in Lahore.

Responding to a question whether Pakpattan District Police Officer (DPO) was transferred on his orders, CM replied the hearing of the case is underway in the court and thus, he would avoid making any comment on the issue.

On question about ongoing projects, CM announced he would continue work on ‘good prjects’ of the Shehbaz-led former Punjab govt including Orange Line Train.

As per reply submitted by Gondal, Punjab Chief Minister (CM) Usman Buzdar called a meeting at CM House soon after the controversial-ridden altercation. The reply states an irrelevant person was also present in the meeting who posed extraneous questions.

The reply also revealed Gondal was indulged in verbal duel with RPO during the same meeting.

As per details garnered, Supreme Court of Pakistan (SC) will assume hearing of the case on August 31.

The apex court has also summoned inquiry report of the incident.