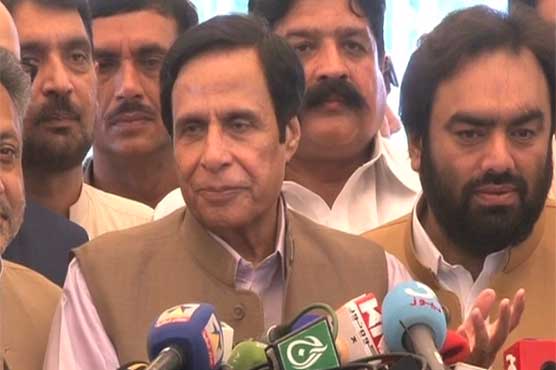 Elahi assured to run the House in a better way.

Talking to media ahead of assembly’s oath-taking session, Elahi assured to run the House in a better way. He also expressed will to work jointly with opposition for the development of the province.

Wearing black and blue ribbons during sessions are usual, he added.

Earlier, during his interview in Dunya News program ‘Mahaaz’, Pervaiz Elahi said that PML-Q will get important ministries in Punjab including speakership.

He had announced to retain seat of Punjab Assembly and relinquish both seats of National Assembly (NA) after his party shook hands with PTI and rejected to support Pakistan Muslim League-Nawaz (PML-N) in Punjab.

Elahi worked as speaker of the Punjab Assembly from February 19, 1997 to October 12, 1999 till the imposition of martial law by former president and higher military official Pervez Musharraf.

When PML-Q won general elections in 2002, he became the chief minister of Punjab. However in 2008, when Pakistan Peoples Party (PPP) emerged victorious, Elahi was installed as the deputy prime minister.