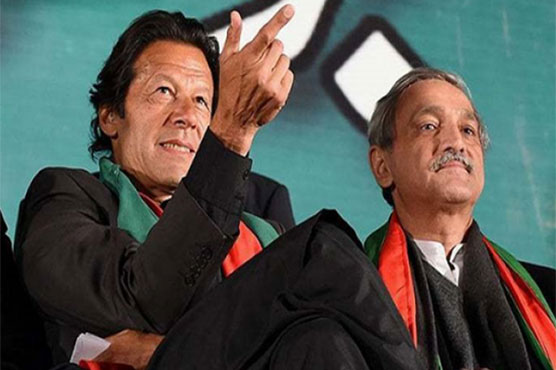 Khan has asked Tareen to immediately fly to Karachi.

In a telephonic conversation, Khan has asked Tareen to immediately fly to Karachi for seeking support of MQM-P for the formation of federal government.

The PTI chief has directed to officially invite MQM-P for alliance in the government.

Both the parties have earlier contacted each other via telephone.

On the other hand in Punjab Assembly, PTI is leading with 134 seats. Party’s central information secretary Fawad Chaudhry has claimed to to gain the required number of seats for formation of government in Punjab in next 12 hours.