KABUL (Agencies) – According to Voice of America, a US drone strike has targeted the leader of the Tehreel Taliban Pakistan (TTP) in Afghanistan’s Kunar province near the border with Pakistan. Unconfirmed reports from locals Thursday said Mullah Fazlullah has been killed.

The US official, who spoke on the condition of anonymity, said the strike late Wednesday targeted Fazlullah, the chief of the Tehrik-e-Taliban Pakistan (TTP).

“US forces conducted a counterterrorism strike June 13 in Kunar province, close to the border between Afghanistan and Pakistan, which targeted a senior leader of a designated terrorist organization,” a spokesman for US Forces-Afghanistan, Army Lt. Col. Martin O Donnell, also told VOA Thursday, without specifying that Fazlullah was the target.

Pentagon officials declined to comment at this time on whether the strike was successful.

US officials said Fazlullah directed numerous high-profile attacks against U.S. and Pakistani targets since he was appointed the group’s leader in 2013, such as the December 2014 attack on the Army Public School in Peshawar that killed 151 people, including more than 130 children.

The US also said Fazlullah ordered the 2012 attempted assassination of Malala Yousafzai, who had been advocating for the right of girls to have access to an education.

The US State Department offered a $5 million reward for Fazlullah in March, the same month Pakistani sources said his son was killed in a U.S. drone strike on a TTP training facility.

The strike comes amid a cease-fire between the Afghan Taliban and government security forces to mark the end of the Muslim fasting month of Ramadan.

Gen. John Nicholson, the commander of US Forces-Afghanistan and the NATO-led Resolute Support, said the United States would adhere to the cease-fire announced by Afghan President Ashraf Ghani, which did not include US counterterrorism attacks on other terror groups.

“As previously stated, the cease-fire does not include US counterterrorism efforts against IS-K, Al Qaeda, and other regional and international terrorist groups, or the inherent right of US and international forces to defend ourselves if attacked,” O Donnell told VOA. 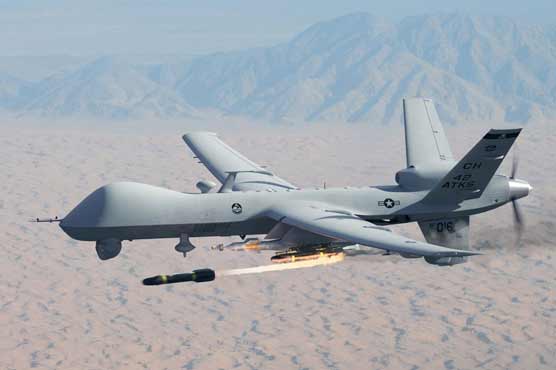 US drone targeted individual who morphed into Afghan refugees: ISPR