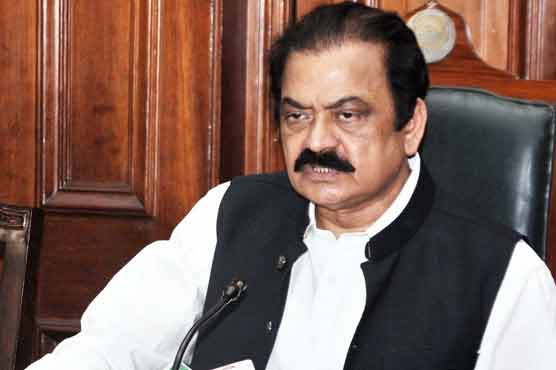 He was exclusively talking to Dunya News.

He was exclusively talking to Dunya News.

“Decision to nominate Nasir Khan Khosa as caretaker CM of Punjab was taken after thorough consultation with Pakistan Tehreek-i-Insaf (PTI). There is no space to take back Khosa’s name at present”, Sanaullah asserted.

Sanaullah held that further dialogue on same issue can’t be held as per Constitution. He asserted that Khosa was a honest man.

As per details garnered, opposition leader in the Punjab Assembly Mian Mehmood ur Rasheed stated that party would announce new name for the same after holding consultation. He further stated that announcement was made in haste. Rasheed adopted stance that names of Tariq Khosa and Nasir Khosa were given to him by PTI supremo Imran Khan.