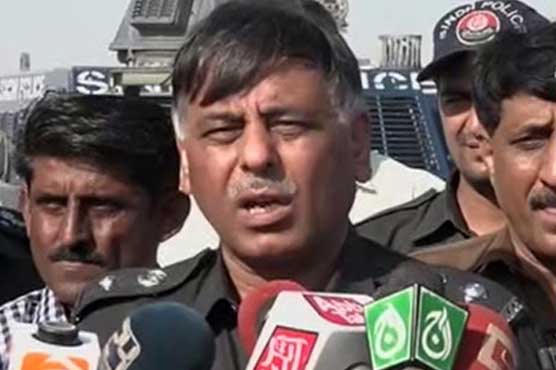 The SSP told that the case was registered against Naqeebullah Mehsud in Sachal police station.

KARACHI (Dunya News) - Senior Superintendent of Police (SSP) Malir Rao Anwar appeared before the inquiry committee formed to probe the veracity of a ‘police encounter’ in which Naqeeb Mehsud was shot dead by police.

Submitting evidence in the case, he provided an FIR to the committee according to which Mehsud was declared a fugitive in 2014 in attempt to murder and terrorist cases.

The SSP told that the case was registered against Naqeeb Mehsud in Sachal police station.

“Why Mehsud’s family did not contact police if he was really missing? He is a criminal,” maiatained the SSP.

He claims that PTI is conducting a propaganda campaign against him on social media after Sindh police registered a case against their member Haleem Adil Sheikh.

On the other hand, inquiry committee’s member DIG East-Zone Sultan Ali Khowaja told media that they will not tolerate any sort of pressure in the probe. “The inquiry will be held on the basis zero-tolerance. Naqeebullah’s family has also been summoned by the committee.”

Protests were held against the extra-judicial murder of Naqeeb Mehsud in Dera Ismail Khan and Tank. The people raised slogans against Sindh police and demanded to conduct fair probe into the matter.

The protesters took out a rally from Haq Nawaz Park to Topanwala Chowk while blocking the road for traffic for several hours. They have asked the Chief Justice of Pakistan to take suo moto notice of the killing.

The tribal students have announced to stage a sit-in outside parliament on February 1. He was buried in his native village Makeen and has left behind two daughters and one son.