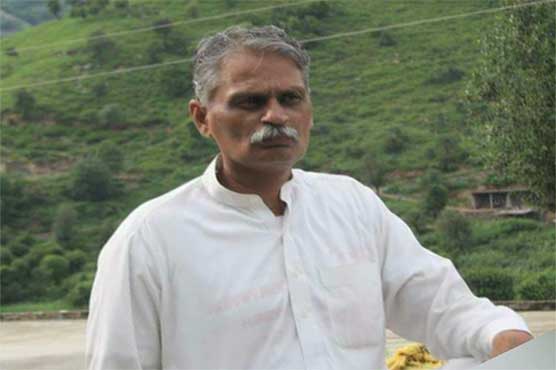 KABUL (AFP) - A Pakistani diplomatic official was shot and killed in Afghanistan on Monday, officials said, but the motive for the deadly attack was not immediately clear.

"When he went to the hospital he was pronounced dead," Khan said.

"Police have launched an investigation into the incident. No arrests have been made so far," Khogyani told AFP.

The Government of Pakistan on Monday strongly condemned the killing of Nayyar Iqbal Rana, a diplomatic official serving at the Consulate General of Pakistan at Jalalabad, Afghanistan.

Rana was shot by two unknown assailants on a motor bike at a shop near his residence on Monday.

The President and the Prime Minister in their separate messages, strongly condemned this heinous act and conveyed their deepest condolences and sympathies to the bereaved family, the Foreign office said in a press release.

Pakistan condemned the assault in a statement issued by its foreign ministry that called on Afghanistan to take "urgent steps to apprehend the perpetrators".

Rana was the assistant to the consul general in Jalalabad, the capital of restive Nangarhar province, which borders Pakistan. The foreign ministry statement said Rana had finished "his three year tenure in Jalalabad and was due to return to Headquarters".

Khan said he had "absolutely no idea" why Rana, a father of five, was targeted.

Despite escalating violence across Afghanistan diplomats are rarely killed in the country where they are protected by very tight security.

The incident comes a few months after two Pakistani diplomats working at the same consulate in Jalalabad were kidnapped and later freed.

It also comes as relations between Afghanistan and Pakistan remain tense.

Kabul accuses Islamabad of supporting militant groups including the Taliban, believed to have links to Pakistan s shadowy military establishment who aim to use them as a regional bulwark against arch-nemesis India.

Pakistan has repeatedly denied the charge.

One arrested for molesting girl after kidnapping in Multan