The government has issued a notification in this regard.

QUETTA (Dunya News) - The government of Balochistan on Monday reduced the annual summer and winter vacations in the schools of the province.

A notification has been issued in this regard according to which summer vacations in winter zone and winter vacations in summer zone have been cut down by five days. 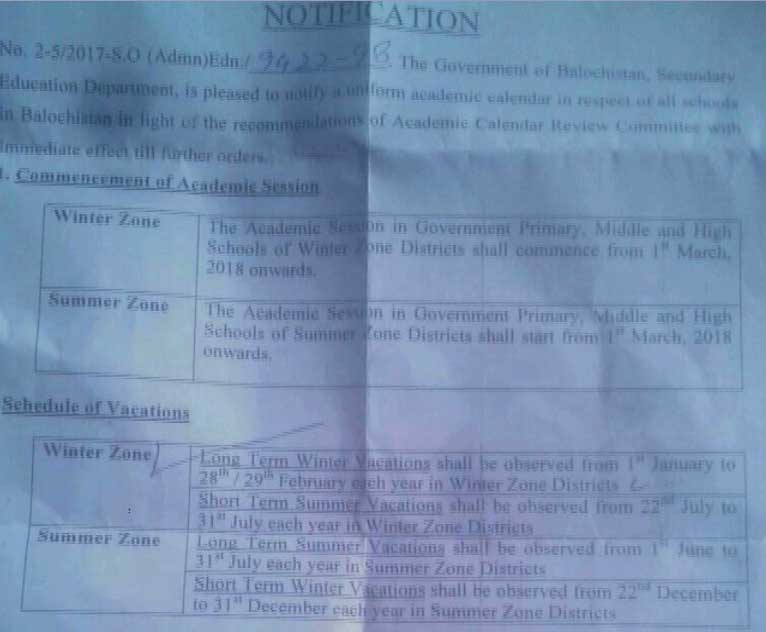 The government and secondary education department has taken the decision due to the adverse impact of long term vacation on educational activities.