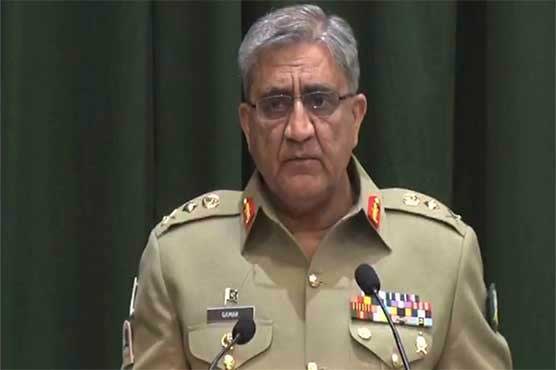 COAS Bajwa conveyed the concerns of Pakistan regarding peace and stability to the delegation. He was briefed about the US policies on security for the region.

ISPR told that the meeting was led by the White House South Asia affairs adviser Lisa Curtis. The attendees discussed regional security of Afghanistan, relations between Pakistan and Afghanistan, and other mutual concerns.

Pakistan’s role in the regional security and stability also came under discussion. Gen Bajwa told the delegation that Pakistan is determined for peace in the region despite worries, adding that they will continue operations for the better future and will of people.

Pakistan has worked a lot despite troubles, he stressed. The US delegation praised role and sacrifices of Pakistan in fighting terrorism. They acknowledged the sacrifices of civilians and Pakistan Army soldiers in the counter-terrorism operations.

Meanwhile, US President Donald Trump said the US and Pakistani officials had secured the release of a American woman, her Canadian husband and their three children from Taliban captivity. He praised the Pakistani government and armed forces for the cooperation to rescue the family in an operation.

Melania lashes back at 'self-serving' Ivana over first lady claim

Trump loses a key ally as Republican senator bites back