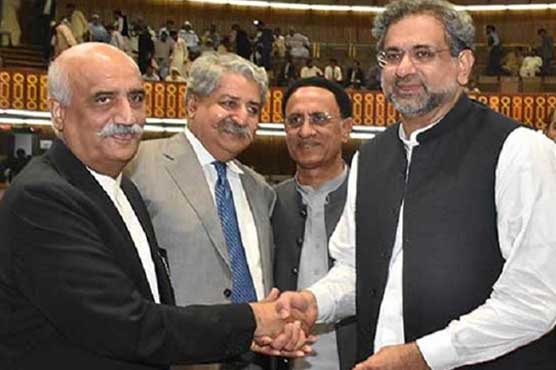 ISLAMABAD (Dunya News) – Opposition Leader in the National Assembly Syed Khurshid Shah on Friday said there is no deadlock with the government on the issue of appointment of National Accountability Bureau chairman.

Speaking to media after meeting with Prime Minister Shahid Khaqan Abbasi, the opposition leader said NAB chief’s name is expected to be finalised after one or two meetings.

During meeting with PM Abbasi, Shah handed over names proposed by the Pakistan Tehreek-e-Insaf (PTI and Muttahida Qaumi Movement (MQM).

PTI, MQM leaders will reconcile with each other: sources