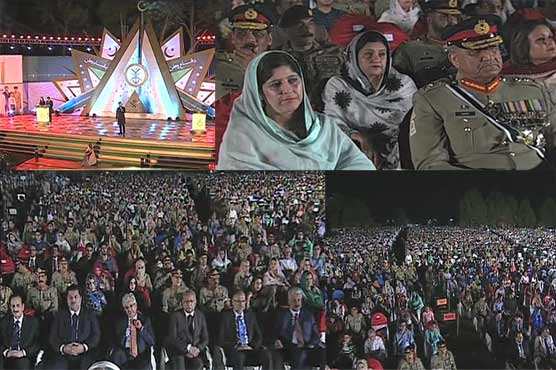 The hosts of the ceremony emphasized on the importance of Defense Day and paid tribute to the families of martyrs and ghazis.
Many singers including Shabnam Majeed, Shehzad Roy and Atif Aslam sung anthems to pay tribute to martyrs of Pakistan’s armed forces and the people of Kashmir who have given endless sacrifices for decades.

The ceremony started with the national anthem of Pakistan. A special feature film was played on Pakistan s 70 year history and different other short films were played to depict the lives of martyrs and their families.