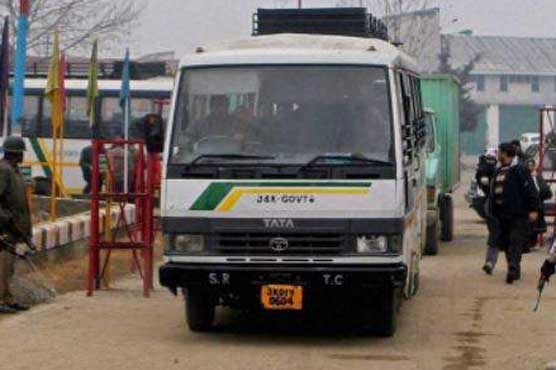 SRINAGAR (Dunya News) – Adding to the miseries of Kashmiri people, India has suspended bus service between Poonch and Rawalakot in the Held Kashmir on Monday.

Indian authorities suspended Poonch-Rawalakot bus service for a week on the pretest of cross-border firing.

Dozens of Pakistanis who went to meet their relatives in Poonch were stranded due to suspension of bus service. The stranded Pakistanis have demanded of the Indian authorities to restore the bus service immediately.

IOK in a state of complete lockdown on Wani's death anniversary